This wedding ceremony and wedding celebrations was truly unique and one of our favourites so far this year and we were not surprised when alternative wedding blog Rock n Roll Brides wanted to publish it! Every bit of Kristian and Leanne’s personalities came shining through each and every part of their day from the beginning to the end. This, combined with our bespoke ceremonies and their offbeat location at Camp Katur  on the Camp Hill Estate in North Yorkshire, made it a such a personal and unique experience.

All credit to the extremely talented London photographer Marianne Chua who did a superb job at capturing the real spirit of our couple and the atmosphere. Harrogate became the meeting point for all our cowboys and cowgirls where they were picked up and taken to their country and western wedding destination. When we first met Kristian and Leanne in Harrogate, they already had a clear vision for how they wanted their day to look and feel. For months their family and friends thought their idea for a Country and Western wedding and dressing up  was a joke , but the reality eventually sunk in! Themed weddings can either go two ways “cheap and nasty” or  “awesome”; from the moment I met them I knew they were both clearly talented, creative and open to ideas so I knew we could help make their ceremony totally awesome and the centrepiece of their day.

Like most couples, their only reference were traditional ceremonies so when it came to their ceremony they had little idea of what was possible and what their ceremony COULD be.  This soon changed when we discussed a few ideas of how we could make their day unique and personal and incorporate a country and western wedding theme into their ceremony; it only confirmed their own belief in their vision and were going to stick to their guns and go for it (excuse the pun). But to make it work and have the full effect, EVERYONE had to dress up so the dress code was strictly country & western wedding, cowboys and cowgirls. And how amazing did everyone look!! EVERYONE made such an effort and despite their initial concerns EVERYONE agreed it was the best wedding ever. This country and western wedding ceremony was held in one of the most  beautiful rustic barns in Yorkshire with straw bale seating. It made the perfect blank canvas venue for them put their stamp on and turn into a cowboy ranch style ceremony area. The ceremony was totally bespoke and was relaxed and fun,  just like them! We suggested ideas of how to make their ceremony a more personal, one that reflected their personalities and style and that would make it a memorable and fun experience for them both and their guests.

Contrary to tradition, the Groom, Kristian, made a BIG entrance arriving at the barn “revving” his Mustang. Wow!! He greeted his guests, tipping his cowboy hat as he walked down the aisle to “Welcome to Nevada” Jerry Reed. The bridal party entrance started with our two beautiful flower girls dancing down the aisle throwing petals in the air to cheers and whistles followed by Leanne’s bridesmaids. Not every bride wants to walk down the aisle, Leanne said “why walk when you can dance!” Very true!! Leanne wanted a more fun arrival of the bride so she and her two very sweet flower girls and bridesmaids-and her dad-danced down the aisle to a choreographed  entrance of “A little Less Conversation” Elvis Presley. Amazingly Leanne made her own bridal gown, a corseted number, which was absolutely stunning, she’s a very talented designer!

The ceremony kicked-off with a great quote by Kristian’s favourite comedian Bill Hicks: “The world is like a ride in an amusement park. And when you choose to go on it you think it’s real because that’s how powerful our minds are. And the ride goes up and down and round and round. It has thrills and chills and it’s very brightly coloured and it’s very loud and it’s fun, for a while. Some people have been on the ride for a long time and they begin to question: “Is this real, or is this just a ride?” For Leanne and Kristian it definitely IS real and they will be on this ride for a very long time! We also incorporated a ring warming ceremony so that their friends and families could all feel part of their ceremony and suggested a poem called “Online Dating” by Trecie Roberts which was very funny and reminded them of their own online dating experiences. Our ceremonies are not “stuffy” and “bland”, they tell stories and include personal touches and promises to each other that make it their own.

It was very moving when it came to their promises to each other, Kristian was always the one who thought he would fill up opening up his heart and reading his promises out loud in front of a barn full of cowboys but in fact it was Leanne, but she made it through. These were very special moments that they will remember when they’re 94 and still drinking Jack Daniels! To capture how they felt about each other on the day of marriage, their hopes and dreams for their partnership and friendship we suggested that they write letters to each other to be kept with a copy of our script and opened on their 10th Anniversary, these letters were exchanged after the exchange of rings. At the end of the ceremony we played “I was made to love her” Stevie Wonder and they were serenaded by guests shooting cap guns and poppers instead of traditional confetti! Instead of just a couple of people signing a wedding certificate they wanted all their friends and family to be witnesses so Leanne chose wooden hearts for guests to write a message and pin in the display boxes that they could then hang them on a wall in their new home and be reminded of their special day everyday. The ceremony was followed by drinks, speeches and a superb BBQ laid on by Big D’s BBQ in the perfectly dressed orangery.

Toasts were made with large shots of Jack Daniels in small Kilner jars and drunk from a straw- perfect! Then it was back to the barn for the first dance or should we say “fake” first dance!  Leanne and Kristian took to the dance floor arm in arm pretending to do a traditional smooch which suddenly turned into something much more in line with Kristian and Leanne – Shaka Khan “I feel for you”. Everyone else then joined in and had an absolute ball. Needless to say that the dancing continued well in the night thanks to Last Chance Saloon Band who kept guests young and old on their feet dancing with their cowboy and cowgirl partners with all the laughter of ceilidh. We were very honoured to meet and work with such an inspiring and fun couple.  We loved every minute of making their dream wedding possible, creating their awesome ceremony and co-ordinating everything on the day. We wish them every happiness. And for brides-to-be planning your wedding and ceremony take a leaf out of Leanne and Kristian’s book, be creative, make it personal & unique and don’t forget to be awesome!!!! Yeeehaaaaaa!!!!!! If you would like us to make your wedding day and personal and unique experience, drop Jan a line ceremonies@janshillito.co.uk 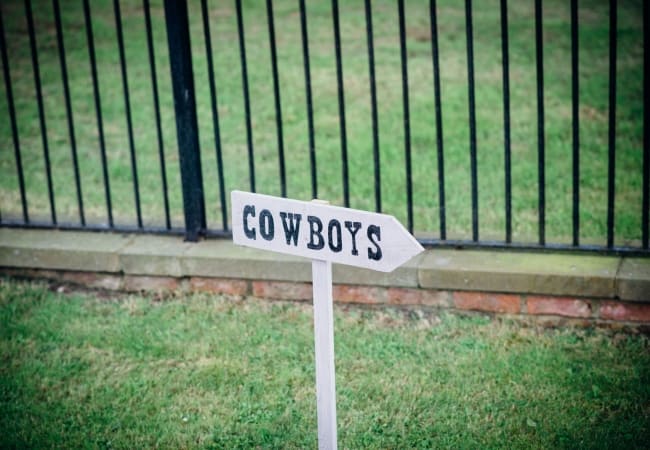 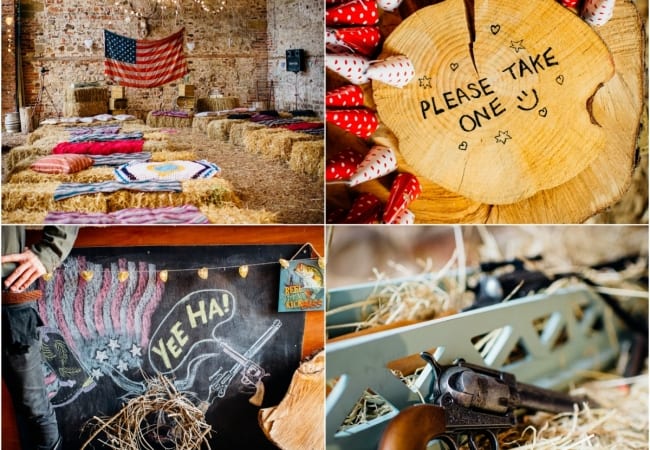 Previous Back to top Next

Email ceremonies@janshillito.co.uk, call 07745 385 981 or use the form below. Say hello! and join our line up of awesome couples.